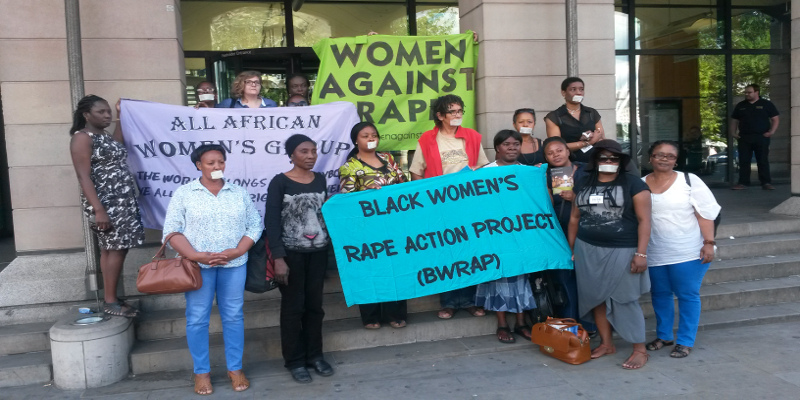 “The intimidation backfired because Alice is not an isolated individual. Other T-shirt protesters got the news out immediately and within hours the Movement for Justice and other campaigning organisations had circulated it widely and people were phoning Serco and alerting the media. By Friday evening Alice was released from Kingfisher.”

Alice has been released from solitary confinement in Yarl’s Wood but the fight for justice continues as the women of Yarl’s Wood demand freedom.  The first step?  Freedom to wear “We want freedom” t-shirts!  Find out what action you can take here.

Friday 17 July: A woman in Yarl’s Wood IRC has been put in solitary confinement for refusing to remove a t-shirt with the slogan: “We want freedom”.

Alice Wanja-Maina was ordered this morning to take off the T-shirt by officer James Brown who claimed that the Home Office had told Serco to stop women wearing the T-shirts because it “incites” them.  Ms JS who witnessed the incident said that six guards surrounded Ms Wanja-Maina and she was videoed.  When Ms Wanja-Maina was threatened with being taken to the punishment wing (Kingfisher) she took all her clothes off to protest. She had written “freedom” on her body too.

Ms Wanja-Maina remains in Kingfisher without her clothes, isolated and unable to contact anyone. She is likely being targeted because she has been outspoken in demanding her own release and against the injustice of vulnerable women being imprisoned indefinitely without charge or conviction.

Ms Wanja-Maina is a jailhouse lawyer who helps other women with their legal cases and is a point of contact for women to get copies of a Self-help Guide against Detention and Deportation by Legal Action for Women (LAW). Ms Wanja-Maina led protests when 90 of these guides were confiscated and with support from LAW and Black Women’s Rape Action Project succeeded in forcing the Home Office to instruct Serco to return the guides. Is Ms Wanja-Maina being isolated in retaliation for Serco’s humiliation. Ms Waja-Maina has also made a formal complaint about bullying and intimidating treatment from an officer.

Currently ten women are wearing freedom t-shirts in support of Ms Wanja-Maina and are demanding her immediate release.