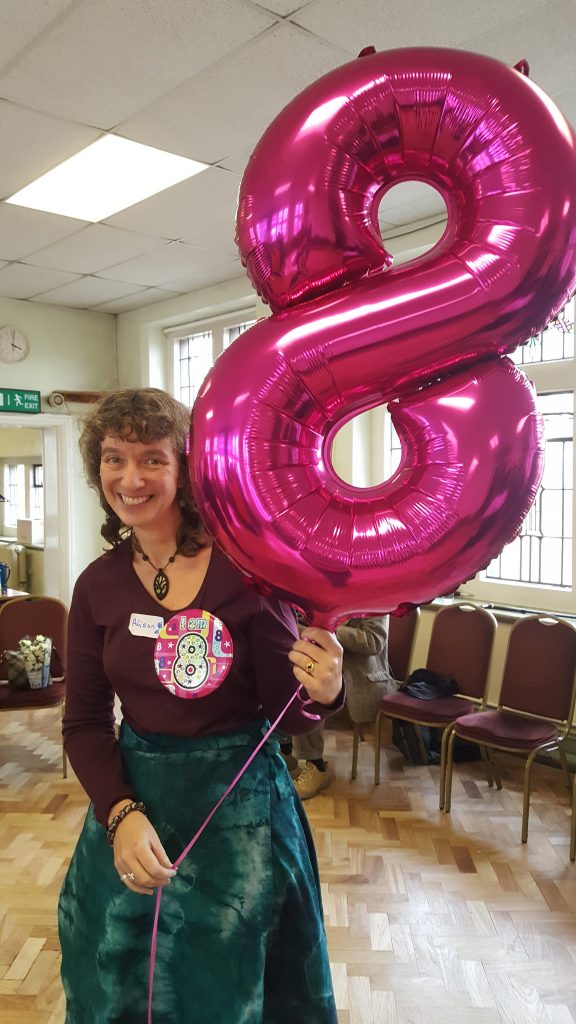 “Who doesn’t want another chance?”

The title track of BBC folk singer of the year’s latest album, Karine Polwart’s Laws of Motion, carries this question in its moving, angered melody. The plight of people seeking refuge and shelter courses through the veins of the song and Karine’s clear voice does indeed sing, as the poet Mary Oliver says we just should, ‘like blood going down a vein.’

‘Searchlights at the tunnel gate
Barbed wire at the harbour
Restless men and women blow
Like sand across the border
Broken bodies on the wrackline
Not a friend to name them
Nothing left to lose but hope
How can anybody blame them?

Who doesn’t want another chance?’

Nine years ago I was fighting with every ounce of energy and intellect that I possessed to keep our foster daughter from being deported. Michael from Right to Remain, and Miriam, a member of the then management committee, were touchstones in the struggle. Michael gave of his practical wisdom and Miriam never once sugar-coated it. She was a constant presence in the darkest days in my inbox, checking in, getting me to tough it out, making sure I knew that none of the struggle was about me – however much I was crying myself to sleep night after night. It was about my daughter, and her family, and her friends, and their families, and their friends, it was about everyone who needs another chance to make a life, in a place that’s safe. It was about being held in webs of relationships. It was about the very laws of motion and struggling for their continuance against the strangulating structures which continue to close in on the space for migration justice.

When I heard of Miriam’s death – too soon, too soon – it was clear as Karine’s lyrical voice that I needed to carry on this work within what became Right to Remain. We had learned so much that was new through the campaign and much of it was later distilled into what has become the Right to Remain Toolkit, and has continued to work in similar ways, drawing out the things that work, and working creatively to strengthen these and adapt. Seeing Dr Vicky Canning launching the Asylum Navigation Board at last week’s Right to Remain Gathering was another of many moments of real pride I have had in the organisation’s work and ways of working.

It’s been a nail-biting eight years of hard work in a hostile environment, trying to just keep the boat afloat, helping write policy papers, media strategies, trainings, stepping in to chair meetings, to write funding applications, fund-raising, getting materials translated, bridging and brokering and just having ideas about what to do and also what not to do.

I’ve been all over the country meaning many trips to London, and hosted committee members in our home and city of Glasgow. There have been many touching moments together, including seeing members of the committee gain status, or tear-up with wonder as they read Scotland’s Future – the 680 page policy document for every household in Scotland – which contained the line : ‘in an independent Scotland we will close Dungavel Immigration Removal Centre….’. The collective cooperation across campaign and grassroots organisations which goes into even enabling such an aspiration is no small thing, and those of us who have as a burning desire within our bones to see the detention walls fall, we know it, feel it, share it.

In the eight years since I joined the committee I’ve seen the organisation change beyond all recognition, weathering the storms of the crisis of reception known erroneously as the ‘refugee crisis’, and the challenges of securing funding needed to provide crucial resources to so many vulnerable people. We have had our own moments of crisis and conflict when we’ve need to hold steady and press pause, and work through the kinds of knots which all meaningful organisations engaged in a struggle for justice will come up against when their purpose and integrity butt up against realities too hard to bear.

I’ve cracked open myself as we held two minutes silence in our annual gatherings to remember those we have lost to the system. The deaths in detention, the deaths on the journey, the deaths. Too many needless deaths.

And I’ve had my life and purpose affirmed again and again by the asylum and refugee led groups who attend and shape our annual gathering, and by having a management committee which is balanced between those who are allies and those who are experts by experience. To be amongst these people, for me, has been being deeply and truly to be amongst ‘my people’.

And I have loved the fun and the t-shirts, the quirky campaigning, the incorporation of the arts – especially song and performance into our campaigning – and the steadfastness of our marvelously gentle, powerful workers.

‘Strike that rod
Build that wall
Defy the laws of motion
But the radius of very blast
And the anchor line of love and life
And the promise of another chance
Are wider, deeper, stronger than the ocean.

Who doesn’t want another chance?’

Laws of Motion is released on October 19th 2018: https://www.karinepolwart.com

Alison is co-convener of Glasgow Refugee, Asylum and Migration network at the University of Glasgow. She is a Professor of languages and intercultural studies and has long convening and board membership experience with The British Council, The Iona Community and the World Council of Churches as well as volunteering with several asylum organisations in Glasgow for many years. Alison is the Chairholder/Coordinator for the UNESCO Chair in Refugee Integration Through Languages and the Arts (University of Glasgow).